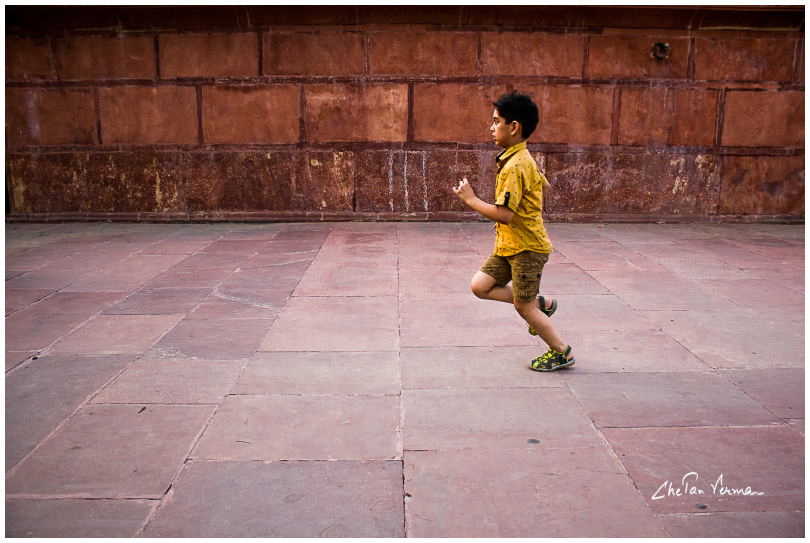 Posted by Chetan (Gurgaon, India) on 22 May 2018 in Documentary & Street and Portfolio.

Captured at Najaf Khan tomb, Delhi, this pic just reminded me of this favorite short story of mine from childhood - "How much Land does a man need" - By Leo Tolstoy.

The story about how the the lead character - Pahom, is not able to stop his lust of acquiring land; and how in the end he runs endlessly to cover more land as part of the deal where the land he covers on that day would be his. In the end, he makes a whole lot, but drops dead with exhaustion.
The last para is just marvellous - "His servant picked up the spade and dug a grave long enough for
Pahom to lie in, and buried him in it. Six feet from his head to his heels was all he needed.

A fine story to go with this action shot !

lovely shot...nic3 reference to Tolstoy too

A great story to go along with this excellent shot!!

Superb capture of the boy's movement, and I really enjoyed reading about the story! Thank you !