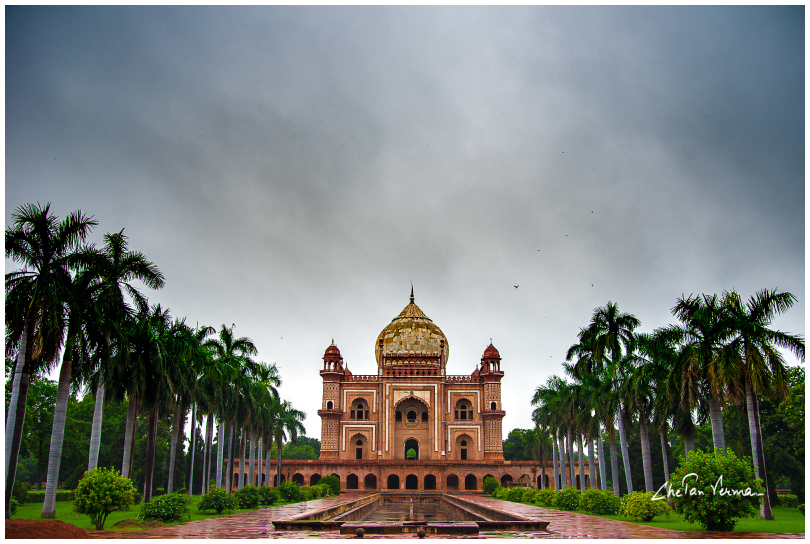 Posted by Chetan (Gurgaon, India) on 5 September 2018 in Architecture and Portfolio.

The Safdarjung Tomb also referred to as 'Safdarjung Ka Maqbara' is a garden tomb in New Delhi, India, made of marble and sandstone and built in late 18th century as mausoleum of Safdarjung, a statesman who remained the Wazir ul-Hindustan (Prime Minister of India) during the reign of Ahmad Shah Bahadur. This mausoleum built by Safdarjung’s son Nawab Shujaud Daula remains the last monumental garden tomb depicting Mughal architecture

A gorgeous image of the mausoleum.

Beautiful mausoleum which is nicely flanked by the trees!! Thank you for the interesting information.

Wonderful composition and ambiance. Thanks for the background information as well.