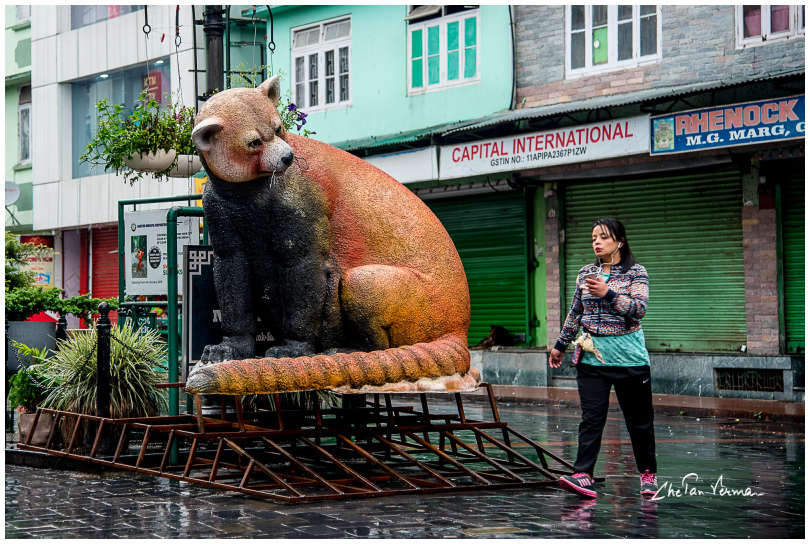 Posted by Chetan (Gurgaon, India) on 4 June 2019 in Documentary & Street and Portfolio.

A lady exercising near the Red Panda statue in the beautiful city of Gangtok, capital of Sikkim, India. Red panda, also called the lesser panda, the red bear-cat, and the red cat-bear is a mammal native to the eastern Himalayas and southwestern China. It is listed as Endangered on the IUCN Red List because the wild population is estimated at fewer than 10,000 mature individuals and continues to decline due to habitat loss and fragmentation.

What a strong presence the panda has !

what a lovely shot here !!!! Looks as if the Panda is not very happy with that exercising lady!!! May be she is not doing it properly !

The red panda thinks ... hey, what do you have in your hand now ?

@Marjolein: Yeah.. Totally agree with you :)